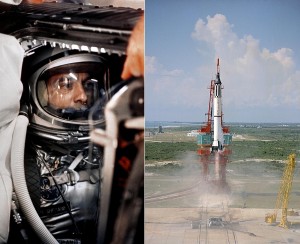 A few interesting space facts to inspire your triathlon training…

On May 5, 1961, Alan Shepard piloted the Freedom 7 mission and became the second person, and the first American, to travel into space. Rocketman Florida will launch on the 52nd anniversary of this historic event.