The 2015 Rocketman Florida Triathlon takes place on November 15, 2015. Home base of the event is located adjacent to the Astronaut Hall of Fame on State Road 405 in Titusville. The event’s bike ride will have cyclists passing within yards of many of the Kennedy Space Center’s iconic space structures! The Swim will be in the pristine waters of the Indian River, and the Run will take athletes east on SR 405 toward the space center and then return to a shaded finish near the Astronauts Hall of Fame.  All run distances are completely waterfront and all are out and back routes.

Click the video below to view the course.
(Includes some elements of 2013’s course – i.e. the Max Brewer Causeway.)

The Rocketman Florida Triathletes will compete in a Classic +, International +, Half distance and relay divisions – with each featuring a stunning bike ride inside the secured gates of the Kennedy Space Center and around America’s major space program landmarks.

The newly added Duathlon features one run and the exact same bike ride as the Classic + triathlon distance.

The KSC portion of the bike ride, within the secured gates of KSC, is more than 18 miles long, with the remainder of the course adjacent to the equally beautiful scenery of the Indian River. The entire bike course is within the boundaries of the Merritt Island National Wildlife Refuge.

The “+” aspect of the Classic and International distance rides is due to the extra bicycle distance necessary to get all triathletes out and around the two Space Shuttle launch pads. Rather than the standard 19-mile and 24.8 mile bike distances, those athletes will instead both ride a bike course of approximately 29 miles.

The start, finish and transition area will be adjacent to the Astronaut Hall of Fame. 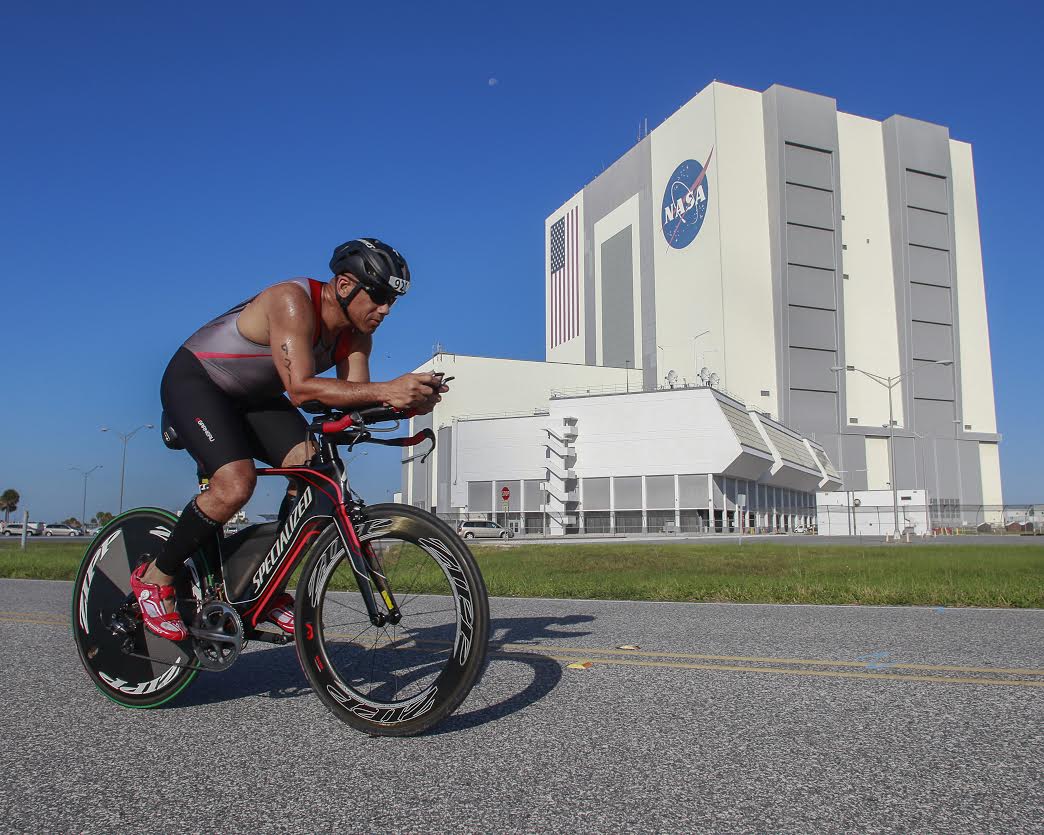 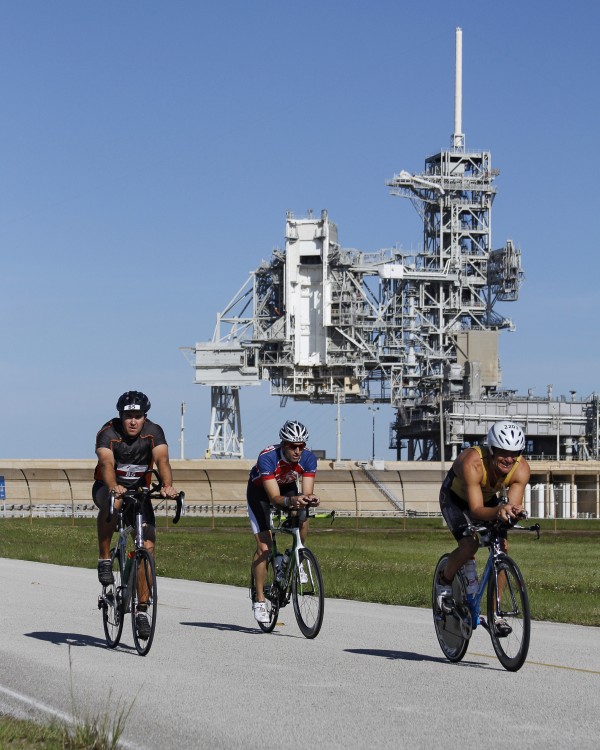 Athletes riding past launch pad 39-A 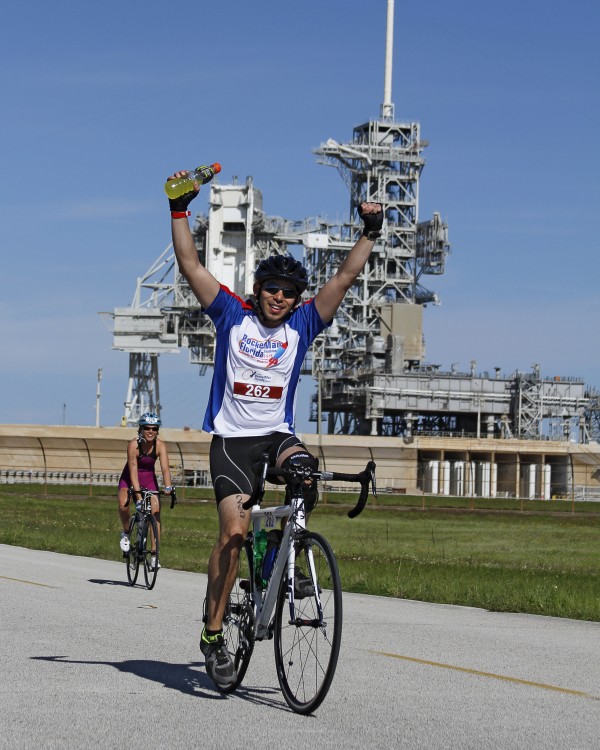 Another shot of racers at launch pad 39-A 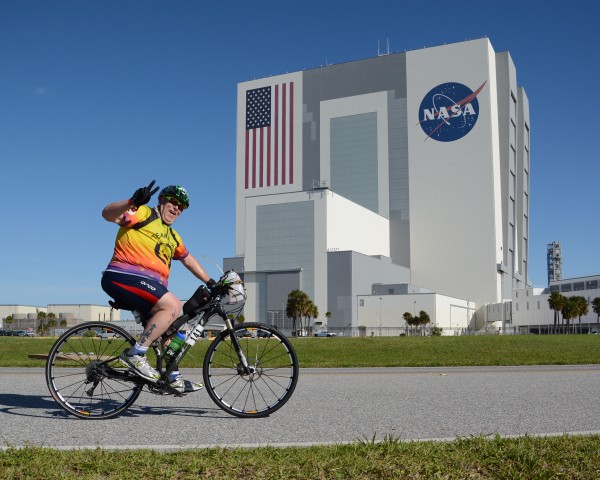 141--Participant in the Rocketman Triathlon at Kennedy Space Center, FL 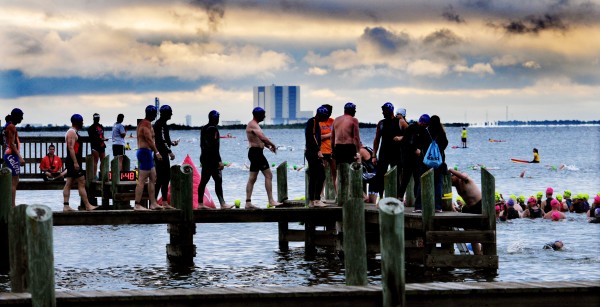 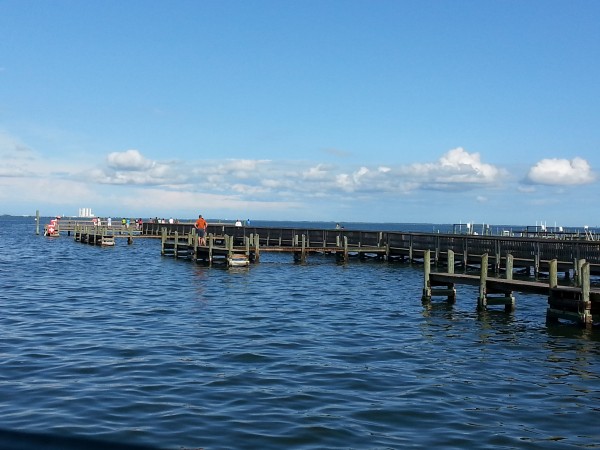 Gorgeous weather during the race 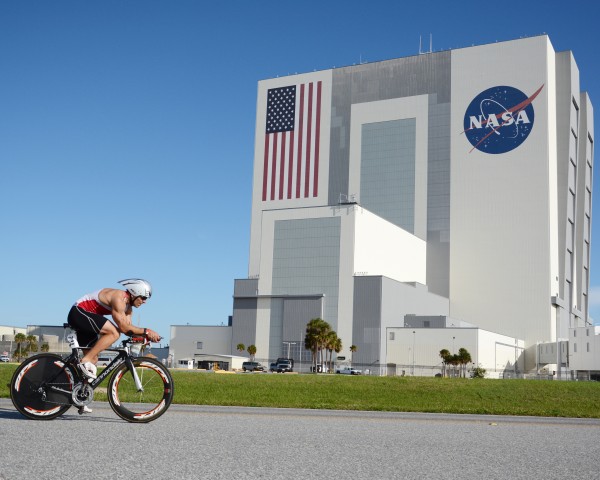